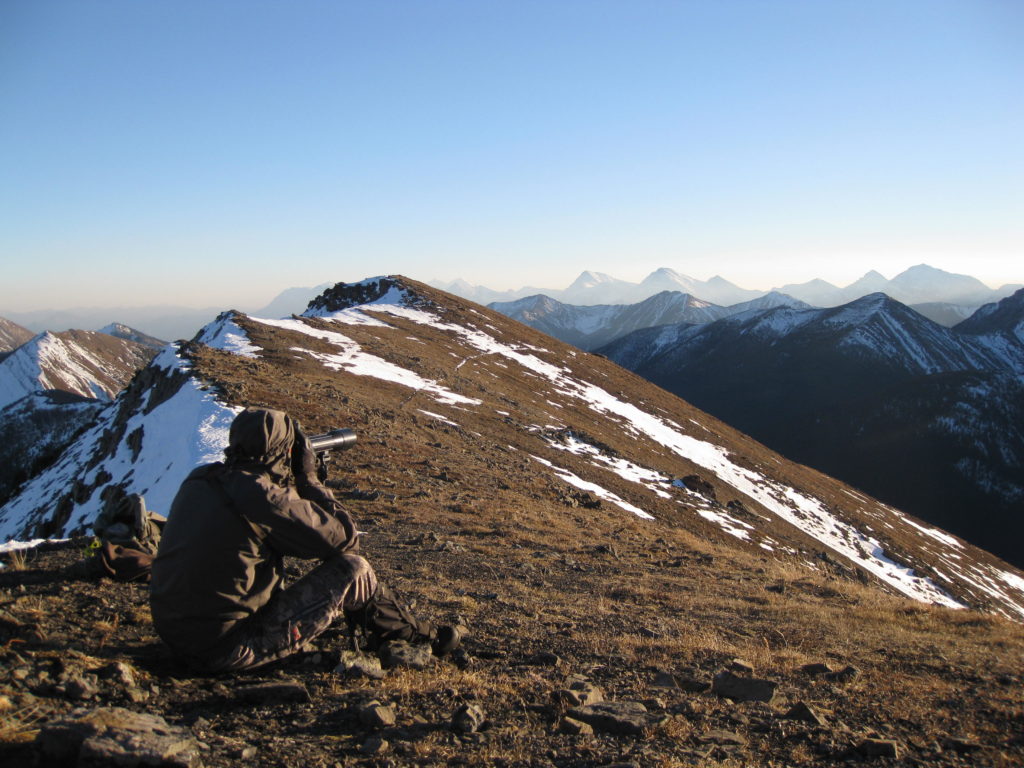 BEYOND BUILDINGS WITH BIOLOGIST KYLE KNOPFF

Kyle Knopff has spent tens of thousands of hours in the Canadian Rocky Mountains observing and tracking wildlife. A biologist with a PHD in Ecology from the University of Alberta, he has primarily focused his work on large mammals; carnivores and ungulates. More specifically, studying predator and prey interactions and interactions between people and wildlife. For the past nine years, Knopff has been working with the global-consulting firm, Golder, on a variety of projects around world: urban development, mining, oil and gas, you name it. His work helps understand the impacts of development on the environment and finding the best ways to mitigate those effects.

Knopff has been consulting on TSMV projects since 2010. He’s been in the field collecting and analyzing data on where bears, cougars, elk and wolves spend their time and how they select different habitats. He’s also been at his desk (reluctantly as a field biologist at heart) writing and reviewing reports. We spoke with him to tap into this intimate knowledge and get an understanding of next steps for conducting the Environmental Impact Statements (EIS) linked to upcoming TSMV Area Structure Plans for Three Sisters Village and Smith Creek.

What sets the stage for the upcoming EIS? Where are we now?

Three Sisters Development is guided by a Terms of Reference (TOR) approved by Canmore Town Council. This clearly identifies the information and analysis required for the EIS. We are now working on preparing the EIS with the third party reviewer—Associated Engineering—and Town of Canmore Administration to meet the requirements of the TOR.

What specifically do you look at for the report?

We review current issues, trends and best practices. While my focus is on wildlife, we have other experts that assess vegetation, fish, cultural and heritage resources. Ultimately, TSMV shares an economically viable project and we assess the impact of that project on the environment. We work with the developer to identify environmentally sensitive areas to avoid through project design, minimizing the impacts identified in the EIS. We also work with the Town’s third-party review consultant to make sure our research is complete and whether our conclusions are appropriate; or if they disagree, to understand why and what actions need to be taken? A key requirement in the TOR is an alternative analysis. This looks at key questions such as, what if you build the project  this way instead of that way? The idea is that the analysis informs project design. We’ve been doing that with QPD for several years, going back and forth on how a development project on TSMV lands could look, especially in the context of the location and type of development and the mitigation applied to the project, such as wildlife fencing, that is used to reduce adverse environmental impacts.

Three Sisters development dates back decades, what more is there to learn?

There is huge amount of information available, stretching back to the late ‘80’s. There have been teams of scientists working for various academic, government and commercial agencies conducting field work to understand how wildlife use the space. Camera programs run by TSMV were in place from 2009 to 2017 with thousands of images available. The province continues to collect information on wildlife habitat use and movement using cameras. There is snow tracking and telemetry data. The current TOR recognizes the wealth of data available. Only two new field programs have been requested: updating a rare plant survey to see if conditions have changed and an on the ground evaluation of existing wildlife corridors to identify where improvements for connectivity can be made.

What’s the most important part of the document?

The EIS contains a lot of important information, but one of the most important parts, in my view, is mitigation. Where we recognize there is potential for adverse effects resulting from the project, we recommend ways to overcome them. Examples include limiting construction during migratory bird windows to avoid destroying nests and avoiding development in sensitive habitats to the extent practicable. Mitigations are integrated into the project through ASP policy.

The idea of hard edge, such as fencing, to protect wildlife, sparks strong opinions on either side. What has been your recommendation and why?

In a previous EIS report for the Three Sisters area we have proposed fencing to keep wildlife out of developed areas and direct them to corridors where they are free to move and are less likely to have negative interactions with people. When wildlife have negative interactions with people, the outcome is typically negative for wildlife and can include mortality of the animal involved, especially for large carnivores such as grizzly bears. Fencing, along with education, also provides a mechanism to keep people on designated trails and opportunities for safe off-leash dog use inside the fence. People often focus on movement, but, the primary concern I have for wildlife populations in the Bow Valley is negative interactions between people and wildlife, particularly in developed areas. This is why we’ve recommended physical barriers in the form of fencing with specific access only to designated trails within wildlife corridors. We also believe that education will play a key role in protecting wildlife populations and preserving the integrity of designated wildlife corridors.

How critical are wildlife corridors in the conversation?

Wildlife corridors are a critical component of the EIS and a major focus for the town and residents, but they are not the only requirement of the EIS. There is a broad spectrum of potential impacts to look at outside of the corridors. We also assess potential impacts to fish, vegetation, and many other aspects of the environment. Even within the wildlife assessment, the available science clearly indicates that the assessment needs to be about much more than just movement corridors. A big risk to wildlife associated with existing developments and new developments in Canmore is negative human-wildlife interactions. For example, elk prefer to live in town away from predators and end up hanging around in school yards or near people’s houses, and that’s a problem that requires mitigation. Wildlife needs to be discouraged from using developed areas. Canmore has taken a very proactive approach to implementing programs: bear proof bins, fruit tree removal and education campaigns. These are all critical steps, but we still see conflict between people and wildlife that results in negative outcomes, perhaps the most notable recent example being a 6-year-old female grizzly bear known as Bear 148. People ignored closures and had a series of negative interactions with bear 148 over a relatively short period in summer 2017, ultimately resulting in two relocations and the eventual death of the bear.

As a biologist, is this project as interesting as it sounds?

It is a super interesting challenge to solve. It’s interesting from a science perspective. It is great data to work with. It has been a major learning experience personally, and these are really important issues to tackle—movement, conflict, mitigation—as we continue to balance growth and conservation in Alberta. Educating folks is an important piece too. There is still lots of work to do locally to inform the community about the importance of leaving the corridors to wildlife and risk of conflict—for the sake of wildlife and people.

← WHAT’S NEW WITH THE HEALTH AND WELLNESS TOURISM MARKET? TSMV announces MOU and sponsorship with CAMBA →